I am truly aware that we don't make near enough men's cards in my classes so I decided that caseing this one from the catalog would be a wonderful idea. The inspiration I started with can be found on page 83 of the 2015/2016 Annual Idea Book & Catalog.

As you can see from the inspiration, they used Crumb Cake Cardstock for the base, but because I wanted to use the new Corrugate Paper, I decided to start with a Basic Black Cardstock base instead. I don't know what Stampin' Up!'s concept artists used to make the splatters on the card. If they didn't use a stamp it's possible they used an aqua painter, picked up some ink and then flicked it on to the card. You can get the same effect by using a toothbrush. 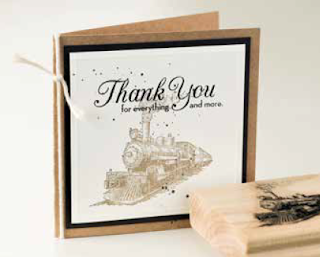 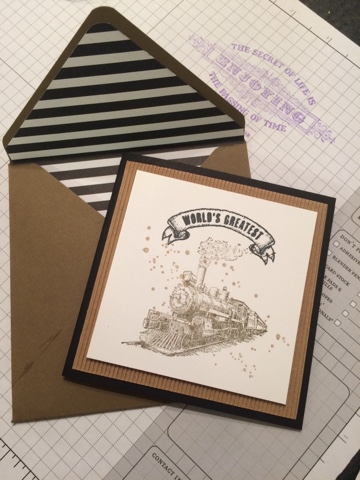 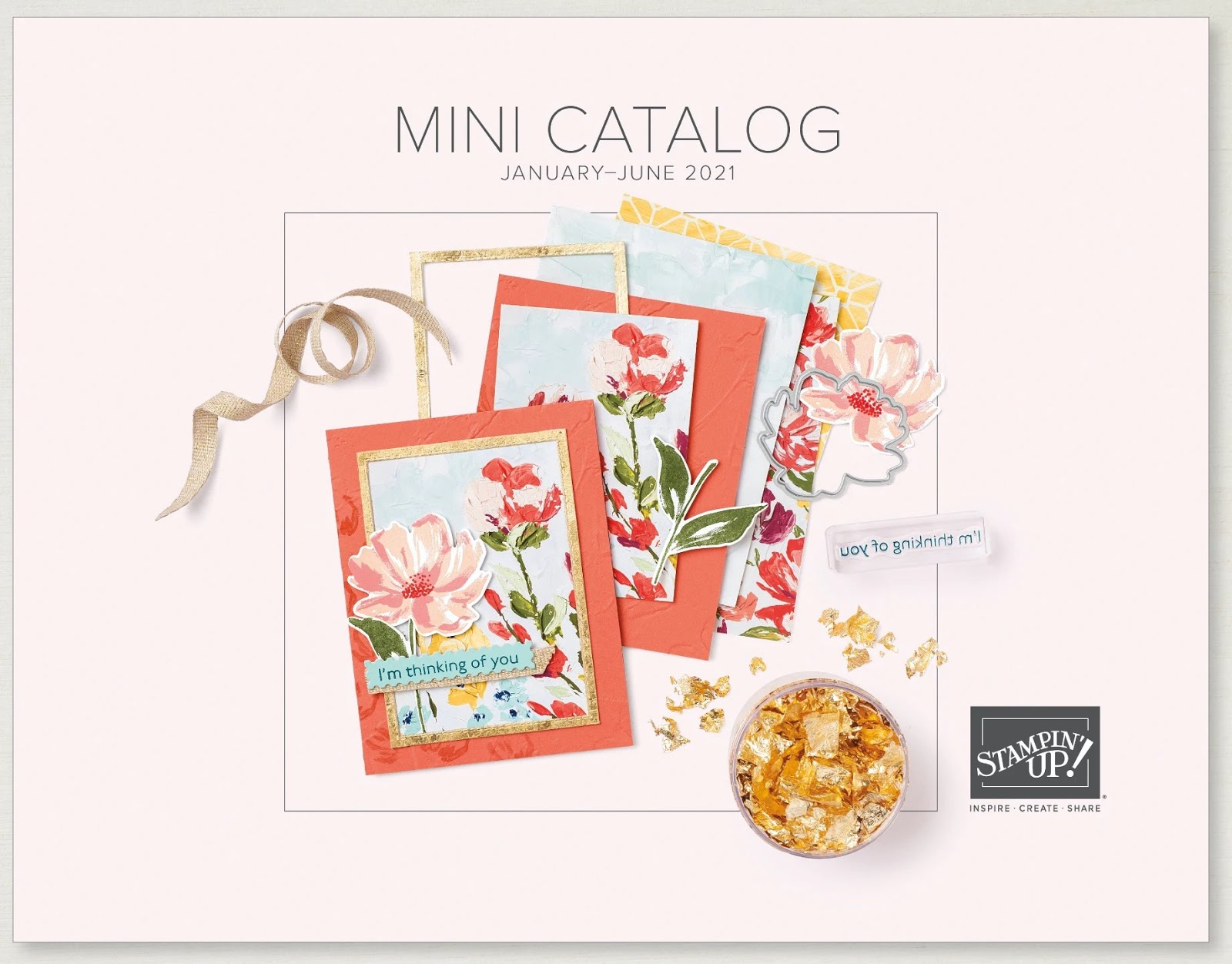 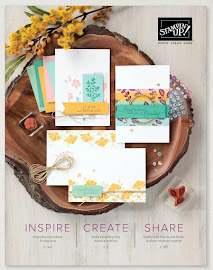 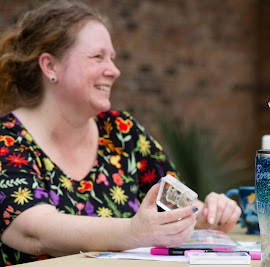